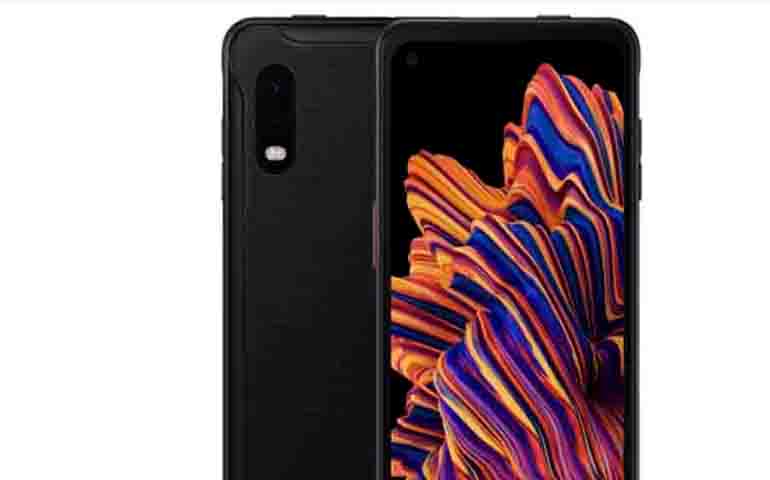 At the largest electronics show CES 2020, the South Korean giant Samsung presented its new secure smartphone. The Galaxy Xcover Pro has received the highest protection standards in the industry, including compliance with the military standard MIL-STD-810G. At the same time, it has excellent characteristics and a relatively democratic price tag - $ 500.

The Galaxy XCover Pro is a smartphone that has been certified IP69 protection against water and dust and MIL-STD-810G for impact resistance. The basis of its protection is a thick polycarbonate body.

The smartphone has the following characteristics:

The smartphone is made in a case made of durable plastic - polycarbonate. Due to this, it is able to withstand falling on a hard floor from a height of up to 1.5 meters. Galaxy XCover Pro is also protected from dust and moisture, even in harsh conditions - it is certified to IP69. This is complete protection against dust penetration, as well as resistance to high temperature water jets. The gadget will work if you wash it under high pressure. Typically protected by MIL-STD-810G and IP69 phones, the phones look like a tiny cell phone housed in a powerful thick rubber case. However, the Galaxy XCover Pro has a stylish austere look. Its body is made in a modern design with a minimal frame and small thickness. Although the device is slightly thicker than ordinary smartphones.

Looking at it from the front, you see a typical Samsung smartphone with an already branded hole for the front camera in the corner of the screen. The back panel of the smartphone, in addition to cameras and flash, features a branded pattern in the style of the letter X. The microrelief applied to it makes it easier to hold the gadget in the palm of your hand.

The Galaxy XCover Pro uses a screen made using time-tested IPS technology. For a secure smartphone, this is a better choice than today's popular AMOLED alternative. After all, a secure smartphone has to work in harsh conditions, sometimes at high temperatures. IPS screens are not afraid of even a second exposure to flame. They are also cheaper to repair - a secure smartphone is more likely to be crushed.

XCover Pro has an unusually large number of buttons on its sides. They speed up and simplify access to its most popular features. To do this, the device has two programmable buttons on which you can "hang", for example, activating the flashlight and camera. The device offers biometric protection based on fingerprints. The fingerprint scanner is built into the power button, which is located on the left side. A useful feature of the Galaxy XCover Pro is the support of working in gloves, and they can be even wet.

Standard smartphones usually do not offer this feature.

The Galaxy XCover Pro gadget is not just a brick with one task - to withstand harsh use. The smartphone offers decent features, making it comfortable to perform any everyday tasks. And the support of working in gloves allows you to do it even when the weather is bad. By the way, when sales of the XCover Pro begin, Samsung will present other interesting innovations - the second generation of the flexible smartphone Galaxy Fold 2 and the concept of a smartphone with a twisting screen.