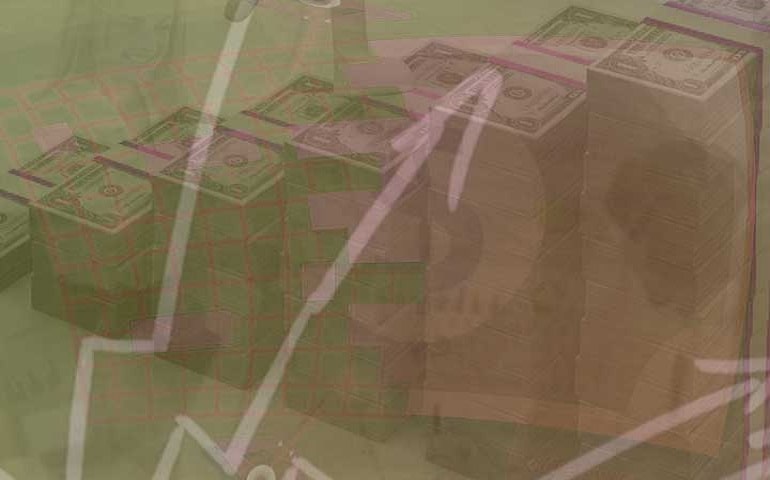 Justin Bennett made his first deal when he was 14 years old and soon learned the complexities of the trading industry. However, these difficulties only encouraged him to continue his training and to practice regularly. He started trading with stocks, and then took up the foreign exchange markets. His perseverance brought his own fruits. He managed to find a methodology that gives a regular profit.

Justin, tell us a little about yourself. Your blog says you learned the financial world at a very early age. How did that happen?

I guess technically I started trading at the age of about 14. To tell you the truth, I don't know why I had an interest in stocks. I remember that my father was getting Stocks and Commodities magazine. So we can say that my experience comes from there, because many childhood memories are associated with the cover of this magazine. My father had large stacks of S&C on his shelf. Perhaps my interest flows directly from there. It is hard to remember that my father spent a lot of time trading, but he was constantly interested in the market. Let's go back to when I was just starting out: I was 14 at the time, working for my neighbors and bringing my mother's money to translate it into cheap stocks I was looking for. Of course, none of this worked. We know exactly what 99% of inexpensive stocks turn out to be. However, this is where my passion for stocks started, and when I was 18 I was taking my first steps in a serious market. Around 2007, I started trading currencies. I switched from stocks to currencies, because I liked the fact that you can trade long and short. There is no need to worry about borrowing shares from the company this is great. I also like the fact that this market is 24/7 so you can trade 24 hours a day.

Your journey started at a young age and you realized that penny stacks aren't working very well. However, you wanted to continue your studies. You realized that it was important to manage risks correctly. What changes have you made as a result of trading with inexpensive stocks?

Yes, relatively inexpensive stocks, I had no idea what I had done. My mother always opposed my idea of trading with inexpensive stocks, but my parents always let me make mistakes personally, and not only told me that I should not do this. They accepted that and let me fail because they thought it was a way to learn something. At the end of the day, I realized there was a lot of fraud in the cheap stock, and it was also too volatile. When I was older, about 18-19 years old, I began to pay more attention to improving my own skills and learn to study the stock market.

I started trading more blue chips than cheap stocks, so I left the over-the-counter markets. Since then, my trading has been developing all the time. My passion for the markets was growing, and over the next few years I still studied and invested. Something worked at times, but in general, my success was very limited. I dealt with equities from 2002 to 2007. And after that, I went completely to the foreign exchange market.

I believe that it is more connected with exhaustion! I have experienced a lot of indicators and come to the conclusion that it is difficult to make them work the way you want them to. I cannot say that they do not work at all, or that their combination is unable to work successfully. As Jack Schwager, author of the Wizards of the Market series, said, there are a million options to make money in the industry, but they are hard to see. So everyone needs to find something that works for him and that is compatible with his personality. I came to this after two or three years of testing almost all possible combinations of indicators, and removed them all from my charts. One day I went to my platform and just cleaned all the charts from the placed indicators. And then it was a time of epiphany. I looked at the clean charts and was able to see the existing levels on them, because the indicators did not overlap the candlesticks themselves.

Was it impossible to do this before?

I always had 3-4 indicators under the price chart. So the chart becomes so small and narrow that it is impossible to clearly see what happens to the price. When I removed the indicators, I managed to look at the chart, which was twice as big as the previous one, and see all significant levels when the price shifts.

It's funny how they threw themselves in my eyes. That's when I said: "This is it. What did I spend all my time on?" I think that when you go to the basics, you start looking at the market as it really is.

When you see such figures as "head and shoulders", descending or ascending channels or pin bar, you are based only on the price behavior. What charts did you take for such analysis?

I started it only after I migrated to the currency market. Earlier I used everything I had at hand. I even had a fundamental analysis. I tried, but it was all for nothing. That's why I came to such radical changes, removing everything that interfered with the charts.

Your trading method is surprisingly assertive. You're determined to find a method that will work specifically in your case. Where did you get your strength from?

I've always said that the only thing that separates a successful businessman from an unsuccessful one is assertiveness. This is exceptional. It's the only thing you need to be passionate about. And there should not be a thirst for making money, but a passion for the game itself. Feelings for trading. Trading must be exciting. When you look at the market and do not feel excited from the very process of observation and the way you look at the reaction of the market to the news, your chances of success are negligible, so you must have passion for this game. Such passion is the only thing that helps you to go through difficult periods. Thirst for money can't do that.

It is not similar to how most traders see it. You help them to learn how to trade. Do you estimate that most people come with a desire to earn money, or do they really want to learn?

Oh, it's everywhere. I would even say that about 90% of the people I work with do so only because they want to make money. Everybody wants to know how much money they can get. They're wondering how you can trade for $5,000 a month. Or they have another figure in their head, which they are trying to achieve in order to leave their current work.

Everybody is craving it. But I say the same thing to everyone: "Just stop fixing on money. Don't try to make $5,000 a month. Don't try to make at least $100 today. Stop with the process. Take it to the end, and you'll get the money." This is the main thing. By process I mean everything understanding the movement of value, determining trends, risk control, psychology and so on. It adds up to a single process. And when you stop at such things, you do it every day, the money, as a result, will come. You can spend a year or several years on this we do not know, but this is what you need to focus on.