Many people want to play pyramid schemes themselves. 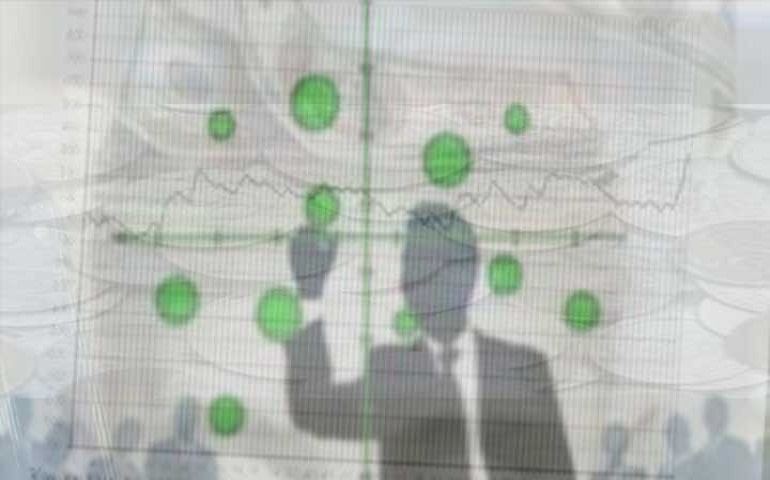 Many people want to play pyramid schemes themselves.

Mikhail Mamuta, Head of Department at the Bank of Russia, in his own speech at the regional conference of journalism, touched upon the Russian over-the-counter (OTC) forex market, which has reached the final stage of establishing a regulated market.

Volatility with a leverage of 1:100 provokes not only collapse, but also creates a certain debt.

An employee of the mega-regulator told about an example from his professional experience of studying public complaints directly related to the aspect of categorizing traders. Today's categorization system is far from being ideal. For example, there comes a "live complaint". A person opened an account with a Forex company, but not a domestic one, but a Cypriot one. At first everything was fine, while they were talking about profits of almost 50% per annum. He invested a certain amount of money and first he actually earned, and then "something happened", and he received a notice of 24 thousand rubles in arrears. So he needs help in finding out the circumstances or at least help to eliminate the debt. Naturally, we have sorted it out, since there was a complaint, and everything turns out to be trivial forex companies have "shoulders", provided in the process of trading, reaching 1:100. This means with such a shoulder the volatility, let's say, with a 2% reduction in the currency rate, provokes not only the collapse, but also makes you debtors, because a shoulder is a credit, a person becomes a minus. And such stories are actually masses.

Unskilled traders do not understand such a shoulder story. Neither do they understand the meaning of "index instruments", which they try to actively sell.

Very often people do not look at who they conclude the contract with.

The problem of the Russian Forex market to this day is that all positions were held by foreign brokers, registered in the territories, living by their own rules. And people very often did not realize and do not realize that they enter into a relationship with a Cypriot company, for example, at its best, and thus something can happen. And besides, we are simply not able to defend the rights of the client in this case, he should sue in the jurisdiction where the firm is located. We also often talk about this issue, only people do not look at who they conclude the contract with at all. Either the person has chosen a Russian company, and the contract contains the details of the foreign organization, which is a separate topic. There is a belief that domestic companies will already work extremely honestly and transparently.

We will try to pass a law on the system of traders' qualification this year.

Another example is the distribution of the product "reverse volatility index on shares of General Electric". Does everyone understand what we are talking about? Not really. It took a long time to figure out what it is, and we understood. Only for this purpose it is necessary to be not just a qualified investor, but a professional investor. In addition, many instruments trade on the binary model, using the threshold. When the threshold is passed everything is zeroed, or huge commissions are charged during the exit from the instrument. Obviously, this is not for amateurs.

There is also a technical categorization. This is if a person is not qualified, and the broker offers him a set of tools for qualified investors, a structural product, for example, and says, "you do not worry, put your signature in two places, and now you will quickly become a kvall in 5 minutes. So a new form of qualification has been developed, it implies division into three levels of investors (nekval, kval, pro), and we distinguish among nekval a group of "specially protected". For such investors should become available the most understandable instruments, not the most profitable, but just the most understandable. We will try to pass the Law on such qualification system this year, which will allow us to attract more mass private traders to the market.

It is only necessary to say that the number of active traders in Russia, according to various data, fluctuates within the range of about 200 thousand, and in China, for example, 10 million. In addition, the population of China is not 100 times higher, but only 10.

The population will in any case be carried on financial pyramids, as well as they are carried on forex, binary options and casinos.

As for financial literacy. A study on financial behavior options was presented and one very funny detail was found. Of the nine main behavioural categories one can distinguish the category of "adventurers" and this is 14.2% of the population! This group of people accepts the risk consciously. For example, they understand what a pyramid scheme is, but they don't think they should take part in it. In their opinion, "it is important to leave on time".