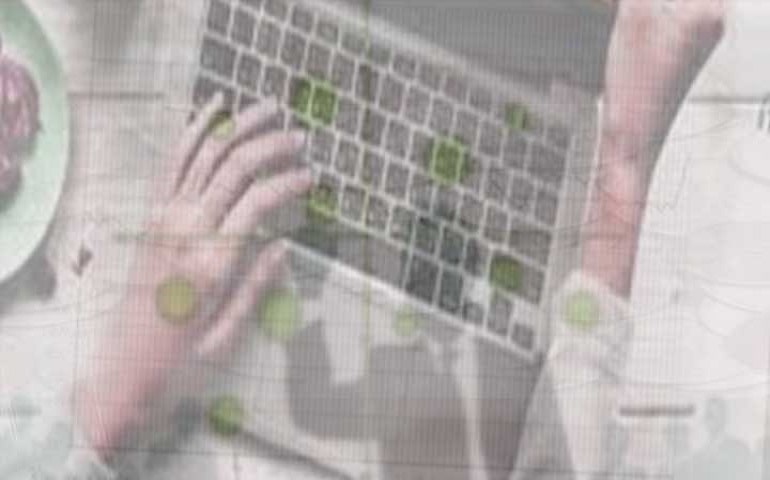 Marcello Arrambide is a deuterager who manages to travel the planet quite a bit. He has lived in 11 countries on five continents, in total, Marcello has visited about 50 countries.

How do you trade and how did you succeed?

I've been trying to make money all the time in high school and as a student. When I came back from Italy, where I had been for a while, I decided that it was time to somehow make my life better. The main problem was that I was basically lazy, but to be fair, I had to say that I was the same for most of our generation. I'm not dodging a difficult job, but I don't want to work around the clock for a company that can fire me at once.

For me personally, success is not money, but rather freedom. I needed a job, a profession where I could only work for myself, from different parts of the world, and earn that much money so that I wouldn't have to worry about it all the time. I took out a $25,000 student loan, took out an old Fibonacci trading strategy, and bought software, which cost about $8,000. Then I started trading inside the day and lost $25,000 in just one month, doing a lot of stupid things in the market. I took out another loan.

Somehow I was struck by the fact that it would be quite difficult to repay the taken credits for more than one dozen thousand dollars. After about two years, I reviewed all the software for trading that I bought and eliminated all this garbage. I simplified everything considerably, started paying attention only to the most important thing the market, but not to indicators, and began to choose my own way.

I traded futures on Emini S&P 500 and oil. Besides, I have long-term deals on oil and currencies.

Tell us the main points of your trading strategy.

I support trading on the basis of strict technical analysis. In the morning I wake up, leaf through the news and take a couple of minutes for a brief analysis of the pre-market, as a result of which I sit down for trading. I trade for about two hours a day and up to ten days a month. My trading strategy is based only on the moment and a high probability of movement. Many people in this market talk about rule-based trading, but I believe that strategies and rule-based systems are wrong.

Since the market dynamics is constantly changing (and now faster than ever), it is important to have a strategy, which allows the investor to tune in to the market and regularly find appropriate trading signals. Such a strategy, which allows to tune in, I nicknamed structural. When the market really goes well, we become more aggressive, when it goes badly, we become more conservative. This is why my system is called "congressional" from the combination of the words "conservative" and "aggressive".

I use unambiguous limit and stop orders, and the risk doesn't exceed five ticks for Emini S&P 500, it's about $62.50. The average profitable deal is about $100 per contract. The idea is that profitable trades appear more than unprofitable ones, and the volume of profitable position turns out to be more than unprofitable. Such a structure makes it possible to adapt to what the market is currently doing, and to make a profit, even ending in a profit only 40% of deals. Most of my students and I have a profit making ratio between 60% and 80%.

What are the time ranges of your trading?

Basically, I stay from a few minutes to half an hour in a deal. No more.

You only trade at a designated time?

Different markets go differently at different times, so the peak of trading on different markets is also different. A couple of years ago the volatility of oil was incredibly high, but now the volumes have decreased. I prefer the Emini S&P 500 to trade around 8-11 a.m. New York City. And I trade oil from 5:00 a.m. to the start of the American session.

Do you trade only in the U.S. stock market or in other markets?

In general, I rely on the U.S. markets, because they have the best volumes. Due to changes in the international economic situation, I began to be interested in trading on other markets. Today, I am going to establish a trade center in India, based mainly on the Nifty, the Indian equivalent of the S&P 500.

I am also researching European markets. DAX and FESX (European version of the S&P 500) are great for trading. There is only one way to find moments and understand the structure of the market to look all the time. A trader needs to realize that there is simply no limit to improving one's own skills.

How long did it take you to start making a profit trading inside the day?

About two years. And I have been trading for eleven years, eight of them helping other investors.

What was the reason you stopped at deuteraging?

I think we have unique market conditions that haven't occurred for a long time. I am very concerned about the economic future not only of the United States, but of the entire global economy. I chose deitrading because it gives me the opportunity to have a good return on my trading deposit, and in the same hour I can always take all my funds at the end of the day.

This gives me the opportunity to hedge my risks by not having open trades at the end of the day.

I have the opportunity to go anywhere I want, go to lunch, take a walk in the park and not to worry about open trades, which can be influenced by any unpredictable circumstances that appear anywhere in the world.

What is your greatest motivation for travel?

Meeting culture, new feelings, meeting extraordinary people, studying (it is believed that travel is the best teacher), as well as investment skills. As time passes, my travels have an increasingly business nuance and my business is becoming more restless. When I first went travelling, I did it just for the sake of travelling and meeting something new. Today, travel remains an integral part of my business, and business has become my life.

A lot of people are now embraced by a common corporate model of life. What made you throw everything away and devote your life to travel?

The specificity of my character is that I never liked power. I fought a lot with my mother because I hated being told what to do. I left my parents' house right after I came of age. A few years after I started working, my personal views also changed. There were enough funds in my bank account to think about what I wanted to do. All that stopped me was the fear of going alone. Touring Costa Rica and Argentina gave me a feeling of what it was like to travel and trade, which meant being completely free.

After returning to work, I felt that this couple of weeks was exactly what I had been waiting for. That's how I decided to change my life. The fear of the unknown was the most difficult thing. It's very hard to leave the lifestyle that society prepares us for. Work from nine to five, home and pay. But somehow I just wanted to get my stuff and go. Canada was chosen for the first destination. It's different enough from the usual States, but not so much that it's hard to settle there. Then I went to Argentina.