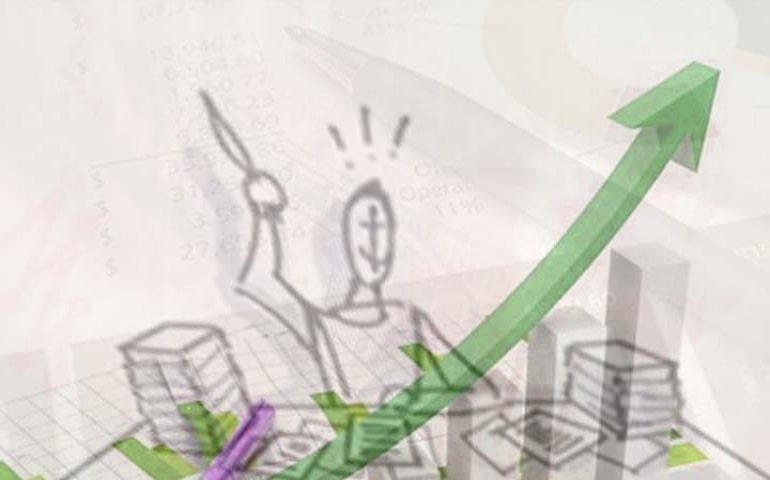 RBA lowered interest rates to mitigate the impact of coronavirus proliferation
European Central Bank President Christine Lagarde said on Monday night that the regulator is ready to take measures to support the euro zone economy in the conditions of coronavirus epidemic.
The change in the central bank's position indicates a growing fear of the authorities about the scale of the epidemic's impact on the economy.

According to Lagarde, the rapid spread of the virus "creates risks for the prospects of the economy and financial markets.

"The ECB is closely monitoring the situation, and if necessary, we are ready to take adequate and targeted measures commensurate with the existing risks," reads the statement of the bank.

Probably, the ECB leaders are developing programs to support affected financial institutions and other companies.

On Tuesday, the Reserve Bank of Australia lowered interest rates in response to the growing threat to the global economy from the coronavirus epidemic, which could cause the first recession in 28 years in the Australian economy.

The central bank lowered the key rate by 25 basis points to a record low of 0.50%, while RBA Governor Philip Lowe signaled the likelihood of further policy easing.

Eurozone authorities cannot agree on the most adequate measures to fight the coronavirus, which is rapidly moving across the continent, and find a balance between protecting the health of citizens and maintaining economic activity.

Countries such as Italy, France, Great Britain and Switzerland have an aggressive stance: they prohibit mass events and actively check the health of citizens. Germany, Austria, Spain and most Scandinavian countries consider moderation to be the key to fighting the virus and its impact on society and the economy.

The differences in approach once again highlight the difficulty of coordinating crisis management in a part of the world where political borders do not represent reliable barriers to the spread of the virus. Moreover, eurozone leaders are probably concerned that the impact of the epidemic may turn the current downturn into a full-scale recession.

Finance ministers of the G7 countries on Tuesday at a conference call to discuss measures to combat the economic impact of the outbreak of coronavirus COVID-19, the media reported. Reuters news agency with reference to French and Italian sources reports that the call will be held at noon GMT. The ministers will be joined by heads of central banks, according to Bloomberg.

Greek authorities have stepped up security and patrolling of the eastern border of the country, hoping to curb the flow of thousands of migrants, rushing after the Turkish authorities said that they no longer intend to prevent refugees to leave for Europe.

At the same time, the EU authorities are in favor of tighter border controls, trying to prevent a repetition of 2015, when a wave of migration has led to increased anti-immigration measures in many EU countries, as well as provoked the strengthening of the extreme right parties.

The central bank lowered the key rate by 25 basis points to a record low of 0.50%, while RBA Governor Philip Lowe signaled the likelihood of further policy easing.

"Coronavirus proliferation around the world is expected to slow Australia's progress towards full employment and the inflation target," Lowe said. The bank's board is prepared to further easing monetary policy to support the Australian economy".

The RBA was the first developed country central bank to reduce rates in response to the coronavirus, which has already been discovered in 75 countries.

Other central banks are also likely to lower their rates: the Fed and ECB recently signaled their intention to soften their policies.

The slowdown in China's economy is particularly strong in Australia, as more than a third of Australian exports go to China. There is also active trade with other Asian countries.

Many economists expect the economy to shrink in the first quarter of this year.

Economist Saul Esleick believes that RBA has cut rates to put pressure on the Australian dollar.

Australian Prime Minister Scott Morrison said earlier Tuesday that the government is preparing a fiscal stimulus package for the economy, which will be focused and balanced.

In case of further decline, the key rate will drop about 0.25%. The heads of the central bank believe that the rate cannot be lowered anymore and, apparently, will apply alternative monetary policy measures if necessary.