The Stochastic indicator is a momentum oscillato 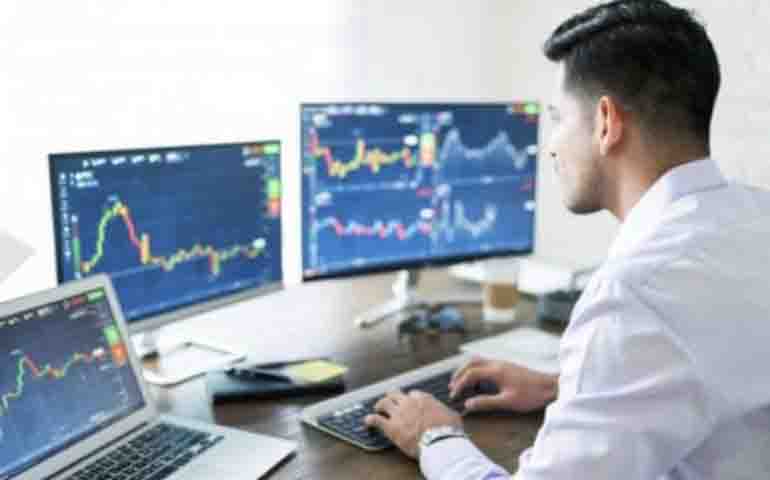 The Stochastic indicator is a momentum oscillator which shows the ratio between the current closing price and the maximum/minimum in the course of a certain period. It was developed by George Lane at the end of the 1950s, almost 60 years ago. Unlike its subsequent updates versions, calculating the slow %D is not done by smoothing the fast curve but by applying the following method:

Nowadays the oscillator is displayed on the graph as two lines %K and %D. Generally, the first one is drawn as a solid line and the other one – as a dotted line. We divide the indicator into three types: fast, slow and full. What is fast Stochastic and what makes it different from the other two?

Mathematically, the fast Stochastic does not have too many differences in comparison with other types but it is more responsive to price alterations than the slow Stochastic. Generally, all the calculations start with the %K-fast which is also known as the classic %K. The way of estimating the fast Stochastic is thought to be the simplest one out of the rest. It demonstrates the percentage ratio for the current moment K between: a) the gap between the current (recent) closing price and the lowest low over the n period and b) the gap between the highest high over the n period and the lowest low over the same period.

If you try to interpret the meaning of the formula, it will be clear that the denominator contains the absolute value of the price range over a certain period and the part of this range from the lowest low to the most recent closing is in the numerator. Based on this, you can see that the resulting number cannot be more than one and less than zero. By multiplying it by 100, you get that absolute channel the highest point of which (resistance) is 100 and the lowest point (support) is 0. When the %K value is more than 80, it can be an indicator to buy; on the other hand, when the oscillator is below 20, it can be an indication to sell. If the Stochastic crosses its moving average line, it also serves as a signal, although a less significant one. If %K crosses %D from the top down, it signals the buying, in case it is from bottom to top, you receive the selling signal. These intersections happen relatively frequently, especially if you deal with the fast Stochastic and are not always correct. It should be mentioned that if you want to be completely sure, you should analyze the instrument more comprehensively.

In the fast Stochastic the %K line is not smooth so there are no moving averages; it is not used as a MA or plotted as an MA. In simple terms, what this means is the %K line is going to move around a lot more than it is in the slow one. The slow Stochastic is smooth with a 3-period MA of, so to speak, the raw %K line which is used in the fast one. %K-slow and %D-fast are identical in case you went for period 3 for smoothing. The difference with the full Stochastic is that in addition to being able to rearrange the periods with smooth the %D line, you are able to alter the periods when you look back on the data, normally 14 is chosen for the number of periods and 3 for the smoothing of the %K line. You can also move a simple MA period for the %K line so you can slow it down or speed it up. Ideologically, its period reflects the climate among a certain group of traders.

If you want more action and get into trades earlier than the preference goes to the fast Stochastic because it is going to give earlier signals since the slow one is slowed down by taking a 3-period MA of that %K line. The fast Stochastic is the mechanism which will create a lot of action in your trading. If that is what you are looking for, hat is an advantage because you trade more. However, it a disadvantage as well because you are going to get whipsaw a lot more and get taken into a lot more false trades. Some traders think that it is too sensitive to constant movements so it causes the issue of premature actions. That is why some people switched to the slow version while the fast Stochastic still has faithful followers.