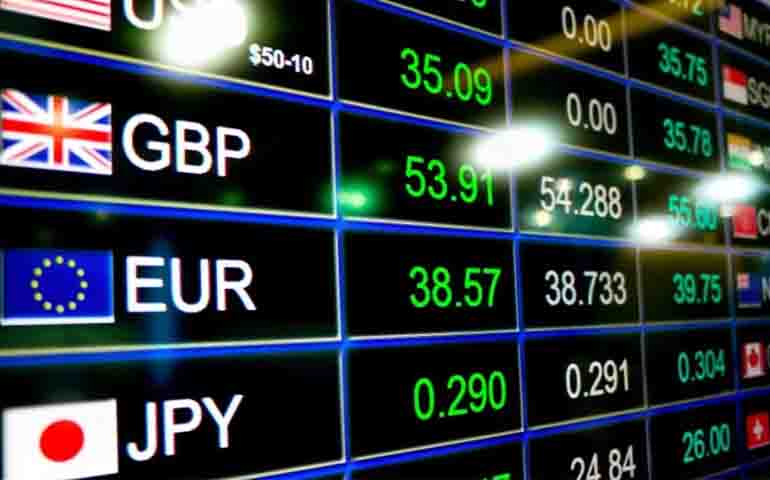 Trade between countries depends on the demand for the country's goods, political stability and interest rates but one of the most important factors is exchange rate. Basically, market exchange rate is how much your currency is worth when you trade it for another country's currency. Currencies are always traded in pairs and the exchange rate demonstrates the relation between them.

Suppose the US-Mexico exchange rate is 15 pesos to 1 dollar. If an American buyer wants to purchase something for 6,000 pesos, they will have to trade 400 dollars for that amount. If the exchange rate went up to 20 pesos per dollar, it would cost them $300. Thus, we can say that the dollar has appreciated. If the dollar became less powerful, it would have depreciated. Most currencies like peso or dollar have floating exchange rates that change depending on the supply and demand. However, some countries decided to peg their currency to another currency; this is when a country's central bank wants to keep it in a certain range and they buy and sell currencies to keep it that range. The Chinese government was well-known for buying US dollars to keep its currency artificially depreciated.

Spot exchange rate is meant for instant deliveries. The spot rates depict the prices buyers pay in one currency to acquire another currency. Typically, spot transactions in the market deal with bigger transactions and bank settlement takes place on the 2nd following business day. Moreover, spot transactions account for 43% of the total international exchange transactions.

Forward rate is calculated according to the spot rate but used for a financial transaction that is going to take place later. In Forex, the forward rate stated in a contract is a lawful responsibility that must be honored by the parties affected. For example, supposing a European exporter with a big export order for the USA offers to sell 1 million euros in exchange for dollars at a forward rate of 1.20 euros per US dollar in a year's time. The exporter is obliged to transfer 1 million euros at the stated forward rate on the stated date regardless of the export order or the spot exchange rate in the market at that time.

There are several factors affecting the currency exchange rate: