The essence of theoretical assumptions about market 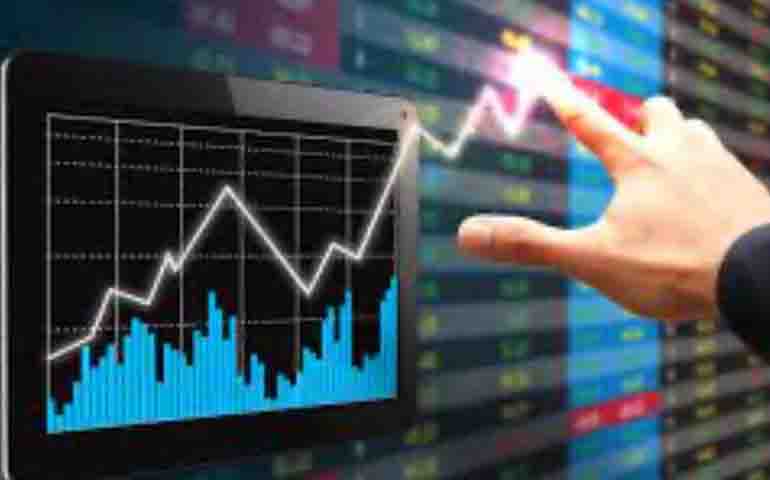 The essence of theoretical assumptions about market efficiency is built around the notion that information flow is the basis for the cost-based pricing of assets rather than individual market participants simply wanting to raise or lower prices. Having valuable information can provide a certain advantage to its owners over other participants. But the use of insider information is prosecuted by law and public information is meant to be generally available. It is unlikely that simply having that information will provide someone with a distinct advantage; in order for it to be beneficial, you need to use it correctly. Apparently, the regularities revealed by experts on price charts - trends, reverse movements, support lines - are useless when predicting the stock prices. Up until today, there is no common opinion whether it is possible to ensure the profitability of a trading strategy built solely on the analysis of past data.

Eugene Fama (widely recognized as the "father of modern finance") and Paul Samuelson (the Nobel Prize in Economics winner) developed the Efficient Market Hypothesis (EMH) in the 1960s based on the assertion that market prices illustrate all available information, although they did it separately from each other. When considering the definition of market efficiency, you should pay attention to the fact that this definition refers to primarily highly liquid markets with real competition. The idea of the Efficient Market Hypothesis can only be applied to liquid markets where the security value is determined solely by the supply and demand volume and no single investor or group of investors are able to form price levels at their own discretion. To get into further detail, the Market Hypothesis is based on the following assumptions:

· All market participants have equal access to historical data on market prices, publicly accessible and private information. Thus, none of the participants has an advantage over others in making investment decisions.

· Although it seems like a broad generalization, initially, it is assumed that all participants act rationally, meaning they do not take risk if it is not compensated by a decent level of profitability.

· None of the participants will be able to have profitability which significantly exceeds the market return for a given level of risk in the long term.

· Market prices change randomly so past trends or patterns do not allow us to make judgments on their future movements. In other words, the use of tools for technical and fundamental analysis is completely useless in an efficient market.

Since economists used to discuss the merits of the market as a whole, the EMH is a feature of financial capitalism that emerged after the breakdown of the Keynesian Bretton Woods system and places emphasis on financial markets. The hypothesis not only justified but required financial non-interference, removal of control over international capital flows and large-scale expansion of the financial sector. These processes ultimately led to a global financial crisis, from which the world economy is still recovering today. By the start of the 21st century, the influence of the efficient market hypothesis had become far less prevalent. Many financial economists and statisticians started to think that stock prices are at least predictable to a certain extent. A new generation of economists accentuates psychological and behavioral components of stock-price determination and they came to a conclusion that future stock prices are somewhat predictable on the basis of past stock price patterns as well as certain valuation metrics. Furthermore, many of these economists were even making the far more debatable assertions that these patterns set up investors to earn excess risk adjusted rates of return.

Although the suggested theory was not disproved, its main points were seriously criticized. Not all participants have similar access to information in real markets. Generally, part of the information is always private, available to a narrow circle of insiders. These, for example, may include top-managers of corporations due to their professional position; high-ranking officials of the government and the central bank also have access to information that is not available to the general public. Even though the law usually dictates rules designed to discourage insider trading, such people have an advantage over other market participants, which undermines the fundamental principles of the Effective Market Hypothesis. Practical psychology reasonably calls into question the assertion that all people act rationally. Moreover, market participants may also have a different approach to risk. This leads to the fact that investors can apply various and often mutually exclusive solutions in the same situation, which also contradicts the Market Hypothesis. Real market patterns arise periodically, which are well known to investors and let them make assumptions about further price movements. Given the criticism, it becomes clear that an effective market in its pure form cannot actually exist; therefore, as a result of further refinement of the theory, we can distinguish three basic forms of market efficiency differing by the degree of access to information.

The following statement can be considered the main premise of technical analysis - prices register all information. In other words, an analyst who has historical data on market prices can identify trends and predict their future behavior. However, this statement is not correct when it comes to a weak market since in this case, the price movements are random and an investor will not be able to make profits consistently in the long term (if they solely use the results of technical analysis). This way, a weak market implies that all participants have equal access to all past publicly available information and it is incorporated in the current market prices. Thus, price movements in the past do not give an investor any idea on their future movement and largely depend on factors that were not taken into account in past price movements.

The semi-strong version of the Efficient Market Hypothesis implies that the current market prices illustrate all publicly available information while some of the data remains private. To put it differently, it is fully accessible to a limited group of people. Since all participants receive public information at the same time, none of them will be able to receive additional income thanks to it. In other words, traders and investors who only have access to public information cannot count on rate of return that exceeds the one shown by the security market line (SML). However, you can find insiders who have access to private information in this type of market, for example, a chief executive officer or members of the board of directors. Due to their advantage in accessing information to the other market participants, they can get a substantially higher profit than shown the security market line.

As for the strong version of the Efficient Market Hypothesis, all its participants have the same access not only to past and public information but also to private (insider) information. In such circumstances, none of the participants can expect to have a rate of return that will significantly exceed the market in the long term. It should be noted that this form of market efficiency is extremely rare in practice because government legislations create certain obstacles preventing private information from getting public in real markets. Also, the law outlines a number of rules that exclusively prevent insider trading.

Efficient markets empirical work does not check off easy predictions; it typically deals with deviations each one of which seems superficially like a clear contravention of efficiency rules and each of which is endorsed by a cheering crowd of rich or perhaps lucky traders. That empirical work fundamentally consists of applying scientific method to financial markets. It is very easy to look at the modern market gyrations and say that markets cannot be efficient. However, this way, you cannot learn anything of long-term usefulness. You should assess theories by their rejectable predictions to do the numbers without being reduced to reading newspapers and telling stories. Efficient markets are also meaningful to the world at large – the assurance that market prices are essentially right lies behind many of the enormous changes in the financial and the related worlds, from index funds to market to market accounting or modern risk management. As has been said, it are not always efficient; for example, prices rise on the release on the inside information, which means the information was not already incorporated in the price.

The good thing is that only a hypothesis that can be proved wrong has any content at all in the first place. Theories that can allegedly explain everything are useless. No market is ever perfectly competitive or frictionless; the empirical question has always been to what degree a given phenomenon approaches this unattainable ideal. As long as stock markets exist, the collective reasoning of investors will sometimes make mistakes. Undeniably, some participants are less than reasonable. As a result, pricing inconsistency and even predictable patterns in stock returns can occur over time and even remain for short periods of time.