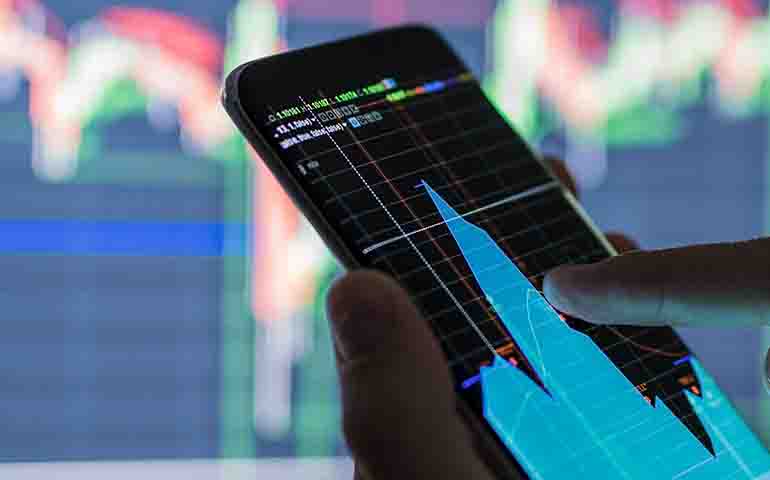 Some of you might already know that leverage is not exclusively used as a term in trading but in investment, business and finance in general. In fact, when it comes to business or finance, your leverage ratio is one of the most important ratios that you use to do a balance sheet analysis. It is also known as your gearing ratio which shows you the ratio of debt capital to equity capital. It is fairly the same for trading in the market except in trading terms your leverage ratio is showing you the maximum that you can use rather than what you already have used.

Market leverage is essentially how much money a platform will let you borrow versus how much money you actually have within the platform. It is a useful tool which allows traders to increase the profitability of their actions. It is usually stated as a ratio – 100:1, 200:1, etc. The US has introduced the maximum leverage which is 50:1 but everywhere else it can be whatever the broker presents. Let's say, if your account has a leverage ratio of 100:1, it implies that every single $1 that you have you broker will essentially let you borrow $100 more. So you are able to trade 100 times the amount of money you own. Thus, market leverage allows you to carry a bigger position with a small amount of cash.

Forex market is actually the best asset class to explain leverage with because in general, Forex account offers the highest amount of leverage and just by default we trade at large amounts. Stock market, on the other hand, has more restrictions. With currency trading, we deal with currency pairs and it is usually noted as the base currency first followed by the quite currency. For instance, with EUR/USD pair euro is the base currency; when we trade this pair, it is always in amounts of euros. One standard lot will usually be 100,000 units of the base currency and a micro-lot will be 10,000. Obviously, most private traders will not have €100,000 to spare to open their trades. As long as they use the right leverage, they could get by with much smaller sums of money.

The margin requirement is the exact amount of money your broker will demand from you to provide to set up a trade. Even though the margin requirement revolves around what leverage you are using, in fact, you should know three variables before you can accurately calculate it: what leverage you are using, the price for the pair at the moment you enter the trade and the trade size. Regardless of the leverage, the margin requirement for a the same lot can be different. As you become more involved, it will develop into something intuitive and you find that it has a straightforward influence on the number of trades and the size that you can make. In general, if you are trading a leverage of 50:1 in a sensible and safe way, you should not make any of your trades larger than 2 mini-lots each; 200:1 leverage calls for no more than 3 mini-lots, 500:1 – 3 mini-lots.

Obviously, with higher risk and higher reward come bigger losses and bigger gains. If you are using an excessive amount of leverage, you are far too focused on price. To put it differently, if the position size is magnified by a vast amount and you have a small account, every little tick is going to be moving the percentage of your account much more. You are probably going to sit there concentrating on the price because every little movement will have dramatic consequences. 50 ticks and the account might be wiped out or it might be doubled. Perhaps, it is not the best thing for a trader to be so fixated on every little aspect of price because there is always such thing as market noise. Instead you should be looking at the structure and the patterns. If you accept your risk, you are certain about the entry and the stop, there is no point in controlling it while it is in the cruise. You might have a reevaluate zone if you prefer manual reevaluation but ultimately it is doing its own thing.

Studies went through a lot of accounts of different brokers and found that people who were using the least amount of market leverage were the ones making the most amount of money. People with small accounts were the kind of statistic you could predict straightaway by the money they were putting into account versus their position size whether they were going to fail. Even if they were putting small sums in, the fact that they were trading very small had a much better chance of success and it did not necessarily come down to an account size but how much leverage they were using. In case you go for less leverage and dial down your position to the point where you do not care about the loss, it means you are not overanalyzing. You can have multiple instances of those losses in a row and if you cannot endure that, then you are trading too big a size. When you worry about how much you could lose, your trading inconsistent whereas in reality you should be taking the trade regardless if it fits all the criteria that you have in your plan or strategy. You should stick to executing the strategy and trade as you should be doing methodically and consistently.